At barely seven years old, Willow Woodward began writing her own songs and performing them on her keyboard.

“I have music in my heart!” she declared at the time to her parents, announcing her future artistic aspirations. 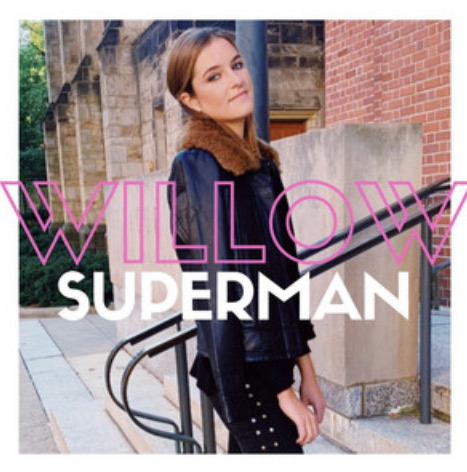 Over the years, Willow continued to hone her craft, and in 2018 won the celebrated Suzuki New Horizons Songwriting Competition.

Along the way, the Bedford, New York native grew as a performer, winning over audiences in venues from New York City and New England to the Caribbean islands while cultivating a growing fan base spread across social media.

Willow’s music is rooted in pop, with hints of dance and an indie flair, and evokes Taylor Swift and Colbie Caillat mixed with the indie cred of Hailee Steinfeld, Dua Lipa and Bebe Rexha.

For the past three years, Willow has been recording her music professionally, working with a team that includes noted songwriting-mentor Nina Ossoff, acclaimed composer/producer David Veslocki and standout recording engineer Matt Anthony. Now 16 years old, the high school sophomore is poised to release the latest fruits of her labour and expand her base of fans.​
Willow’s new single ‘Superman’ is another leap forward lyrically and musically.

She describes the song’s inspiration as: “Sometimes we have it all wrong — we look for someone who’s perfect and we try to be perfect when really it’s the flaws in us that make us interesting and compete. Superman is my anthem to being OK with not being superman and embracing the idea that we’re all exceptional in our own ways.”

Accompanying the release of ‘Superman’ is a luminous video, shot by Rick DeMichele, that evokes the moody introspection of the song while spotlighting its inspirational, triumphant chorus.