Top HitZ had a chat today with 80’s pop star and legend Leee John and he filled us in on what’s to come in 2017.

We are pleased to announce that a long awaited new album entitled ‘Retropia’ from Imagination Feat Leee John will be coming out later in 2017.

Check out the full tracklist: 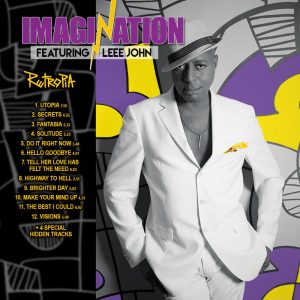 7. Tell her love has felt the need

John was born in Hackney, London and educated in New York City, later studying drama at the Anna Scher Theatre School. He is best known as the lead singer of 80’s soul band Imagination, who had three UK Top 10 hits in the early 1980s.

He was working as a backing singer when he met Ashley Ingram (born 27 November 1960, Northampton, England) a guitarist/bassist.

They formed a songwriting partnership, working in a short-lived band called Fizzz. Together with Ingram and Errol Kennedy (born 9 June 1953, Montego Bay, Jamaica) they formed Imagination, a three-piece soul music band, in the early 1980s.

Produced by Jolley & Swain, their hit “Body Talk” reached number 4 in the UK Singles Chart in May 1981. Their biggest hit, “Just an Illusion”, peaked at number 2 in March 1982. The trio frequently appeared on Top of the Pops and other pop music programmes.

Leee is an Ambassador for SOS Children’s Villages, an international orphan charity providing homes and mothers for orphaned and abandoned children. He currently supports the charity’s annual World Orphan Week campaign which takes place each February. 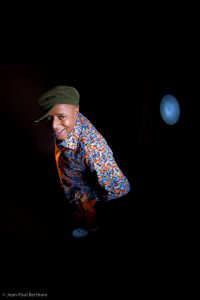 Over the past three decades multi award winning British soul group Imagination released so many wonderful classic hits such as Body Talk, Just An illusion , Flashback, Music and Lights and Changes which helped secure Imagination’s power and dominance over the charts in the 1980’s with their genre defying music not only in the UK but across the world.

This special anniversary show promises to deliver all the greatest hits and much more, not to be missed!

IN AND OUT OF LOVE

Get more Leee John news and follow him here.